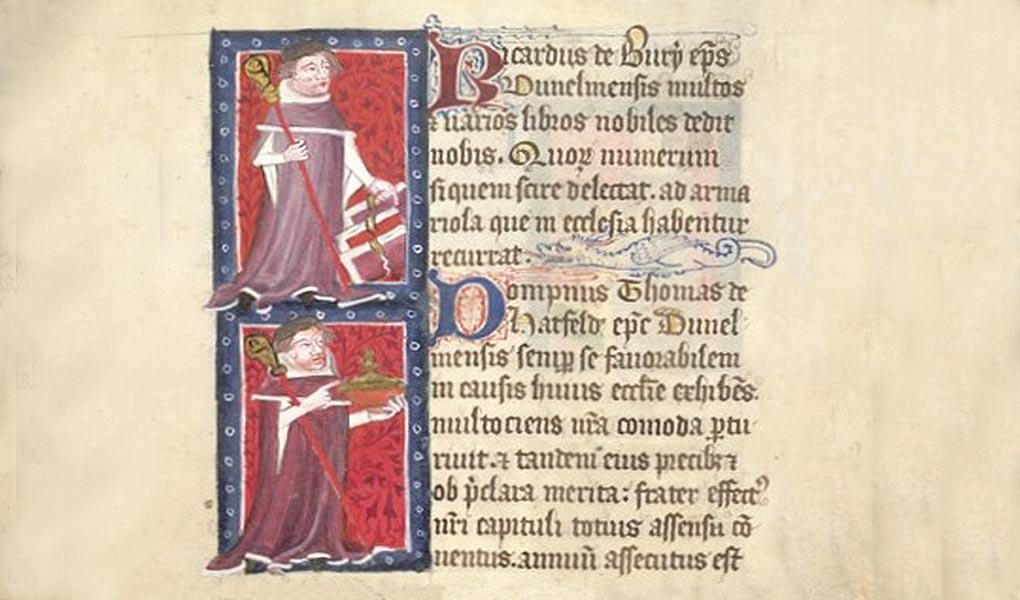 Was geology invented in Durham? Scholarly studies of medieval manuscripts have shown that use of the term geologia first appeared around 1344 in a book by Richard de Bury, Bishop of Durham. The venerable bishop’s book, the Philobiblon, was a treatise extolling the author’s passion for books and learning, and is often regarded as the earliest extant manuscript to offer detailed advice on accruing and administering a library.

Because Bury wrote the Philobiblon in a colloquialised form of Latin, and included a number of new words apparently of his own construction, the meaning of some passages isn’t always unambiguously clear. While there is little doubt that his term geologia is derived from the Greek/Latin geo, (meaning earth), and logia (study, writings, discourse, divine oration), his use of it has the context of differentiating books about the noble sciences and arts from books concerned with the more ‘earthly’ (base) study of law.

First use of the term “geologia” in the Philobiblon of Richard de Bury (facsimile from 1889).

Whatever Bury’s intended definition of geologia, six hundred and seventy three years later his love of learning and our scientific study of Earth are alive and well. One wonders what Bury and his medieval monks in Durham would make of humankind’s present-day ability to capture highly detailed images of the entire planet from a whole plethora of orbiting satellites, or how knowledge of our solar system is still being improved by the Voyager probes, launched forty years ago this month and currently around twenty billion kilometres from Earth, increasing by 17 kilometres per second? 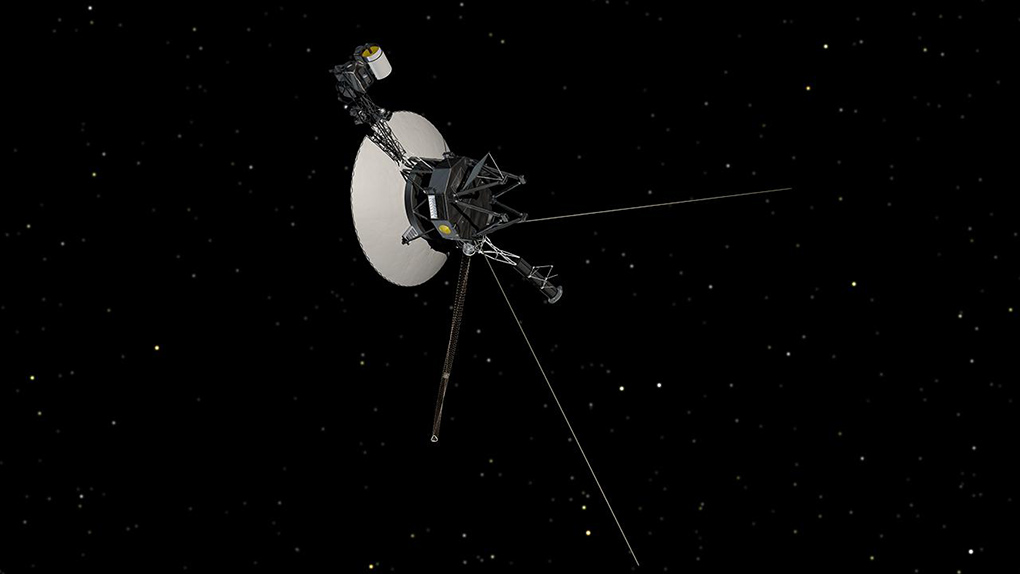