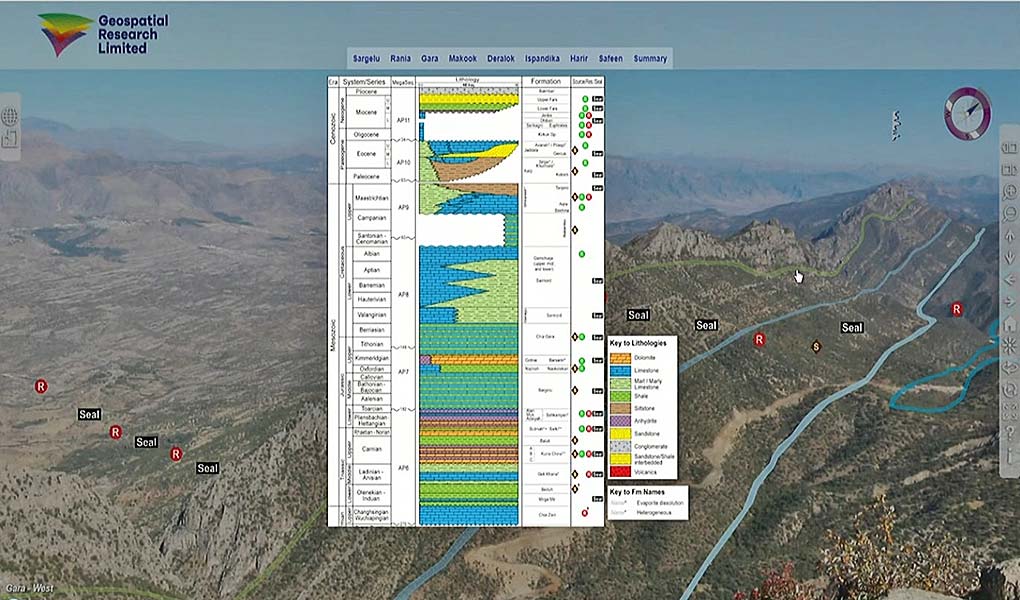 Virtual outcrop geology – another nail in the coffin for real fieldwork? Or is it actually an opportunity for office-bound geologists to benefit from more field experience from around the globe?

We gained an interesting insight to this question at Finding Petroleum’s Opportunities in the Middle East event at The Geological Society last week. As usual, it was a busy event, more than a hundred people in the auditorium. At the start of our presentation, a quick straw-poll of the audience showed that at least 95% were geoscientists. But when we then asked how many had actually spent any field time in the Zagros, there were just one or two hands in the air!

We embarked on a virtual trip through the petroleum system of the Kurdistan region, using key outcrops to illustrate the main geological opportunities and risks. The presentation was recorded and is available here on the Finding Petroleum website, in case it’s useful for any of you who might have missed it. We got a lot of very positive feedback from people afterwards.

Now, I’m fairly sure that there was in excess of 2,000 years of collective experience in the audience. In fact, if I was braver, I’d say it was probably well beyond 3,000, though that might risk causing wide offence (you do the maths)! Anyway, if only 1 or 2 out of 100 geologists have so far had the chance to visit Zagros outcrops up-close, despite a combined effort of 2,000+ years in the industry, (the Zagros! … one of the most important hydrocarbon provinces on the planet!), then it’s difficult to see how virtual field trips can reduce real fieldwork any further. Surely it’s a good thing that there’s 100 more geologists with an interest in opportunities in the Middle East that have now had a wider glimpse of Zagros outcrop geology? Do let us know your views!

“… Thanks very much for a lovely virtual fieldtrip around some of Kurdistan. I’ve worked on it myself but I’ve never been there – this is the next best thing!” – Jon Wix, Lloyd’s Register 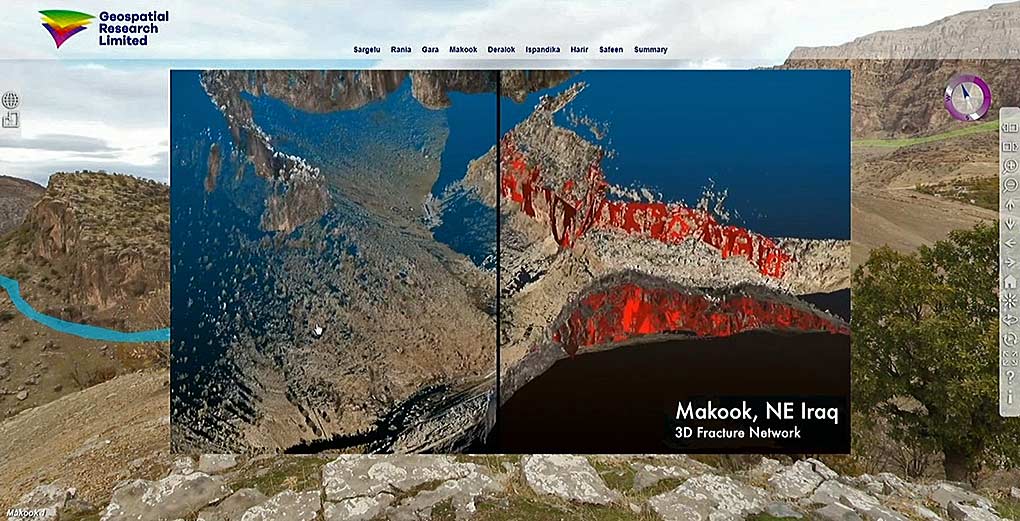 Screenshot from video fly-through of 3D virtual outcrop data from Makook, central Kurdistan, with interpreted fractures (right half) and uninterpreted outcrop (left half). Background is an outcrop panorama through the Jurassic and Cretaceous sequence.