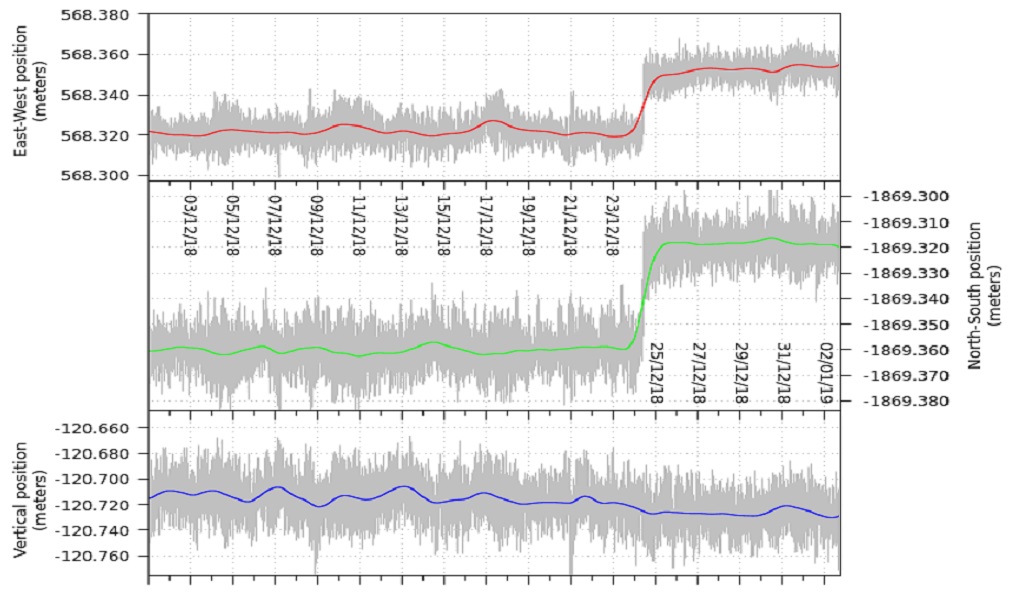 Sometimes things happen a bit sooner than expected! Barely a month after Max Wilkinson (GRL’s GNSS expert) installed our latest network of autonomous ground monitoring units on the flanks of Etna, on December 24th the mountain started to rumble. Large amounts of ash billowed from the summit craters, followed by lava emission from newly opened fissures that continued for the next three days.

Working in close collaboration with INGV’s experts from the local Catania office, we had placed eight of our GNNS units in near-field locations on either side of the active, left-lateral Pernicana fault on the eastern flank of the volcano. The initial eruptions on December 24th were accompanied by a seismic swarm of hundreds of events, including a Ml 3.5 earthquake at 10:27 UTC. This coincided with clearly identified displacements observed in all baselines in our GNSS network (see image above). In contrast to the large co-seismic displacements that we recorded at Mt. Vettore in 2016, at Etna the displacements we’re detecting here are as small as 1-2 cm on some baselines. 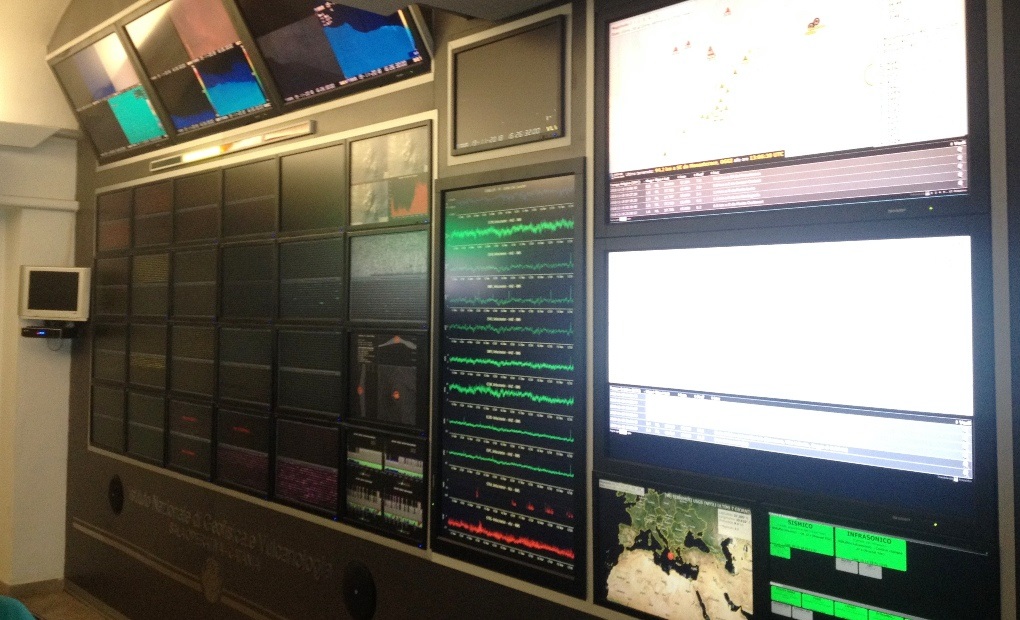 The INGV control room in Catania

We’re now busy processing the time-series – and the really high spatial and temporal resolution of the data are producing some very interesting results! More to follow…