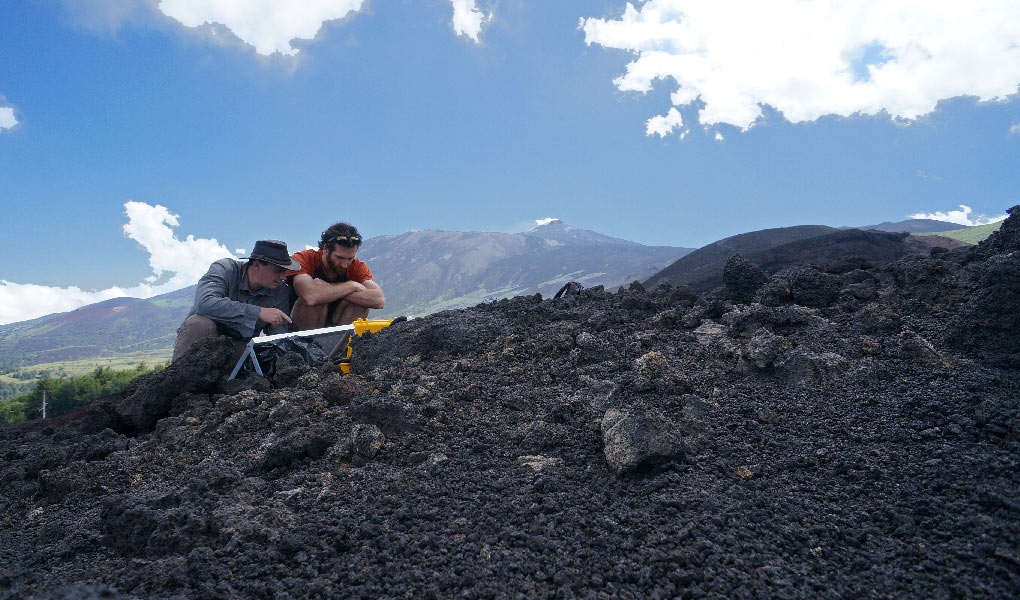 Our main field-based task this month has been to re-visit the autonomous GNSS units that we deployed on Mt. Etna and which had recorded the seismic swarm that caused displacement on the Pernicana fault on the eastern flank of the volcano six months ago. We had unexpectedly lost remote contact with one of the units, so this was a good excuse to spend some time in the field and check all the GNSS stations. The problem turned out to have been caused by an animal gnawing through an antenna cable, so we upgraded cable shielding on all the units, just in case – all units are now streaming data normally once again!

Thanks as ever to colleagues in INGV’s Catania office for the ongoing collaboration.