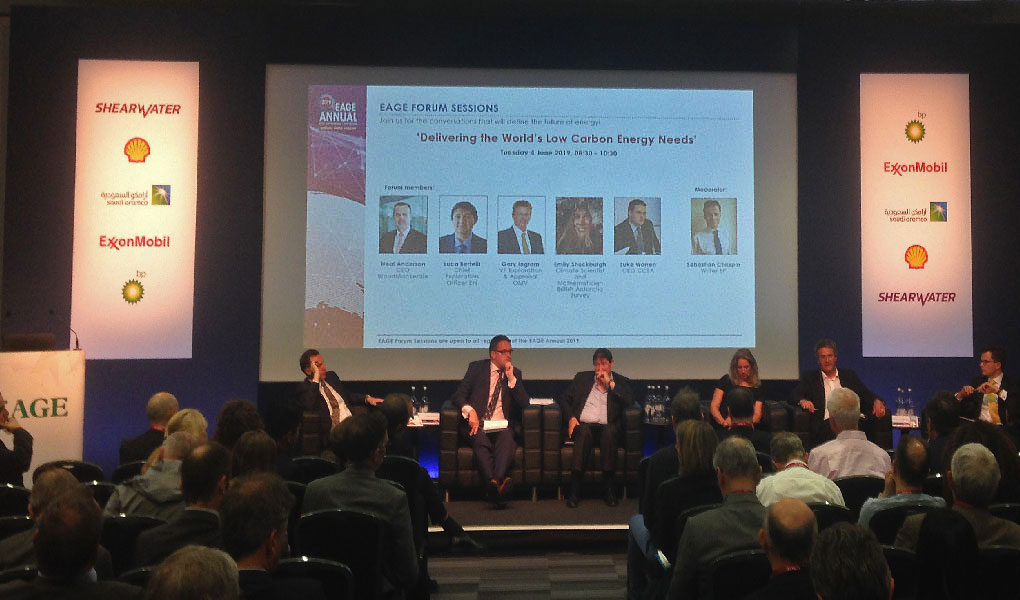 As usual for the EAGE Annual Meeting, the 2019 edition in London included technical sessions to appeal to all tastes. As previously reported, we used this opportunity to present The Influence of Regional Tectonics on Trap Integrity in Zagros Foothills and Foreland, Kurdistan and SE Turkey, in the “Basin Evolution: Structure, Sedimentation and Economic Geology” session. An extended abstract and copy of the poster are available for download.

In addition to the thematic technical sessions at EAGE, there were also some very interesting conclusions from the two panel debates that took place on the opening day of the main conference; the first titled ‘Delivering the World’s Low Carbon Energy Needs’, and the second ‘The Roles of Geoscientists & Engineers in the Changing Energy and Technology Landscape’.

An emerging view is that there’s a substantial variation in the degree to which oil and gas companies are actively embracing the energy transition. Many larger, European-based, international oil companies are already implementing strategies that seemed unthinkable even a couple of years ago. In contrast, it’s more likely to be ‘business as usual’ for companies that are smaller, North American, or nationally-owned.

There’s also support for the idea that existing oil and gas companies will need to play an essential role in ensuring that the energy transition occurs rapidly and effectively. This view won’t necessarily sit well with some of the people that have the most polarised positions in the current debate, but the level of technical expertise and experience should be a good starting point from which to elicit change.

That’s a positive note for geoscientists facing an uncertain career path ahead. In the face of rapid de-carbonisation, and feeling squeezed by the (overhyped) rise of AI, fears have sometimes been expressed that we’re soon likely to join locomotive red flag men, telephone switchboard operators, and Betamax designers on the scrapheap of obsolete professions. However, having underpinned the financial stability and economic growth in society since the start of the industrial revolution, it seems that the world will be needing geoscientists for a few years more, at least.

If you wish to comment on this, you can do so here.