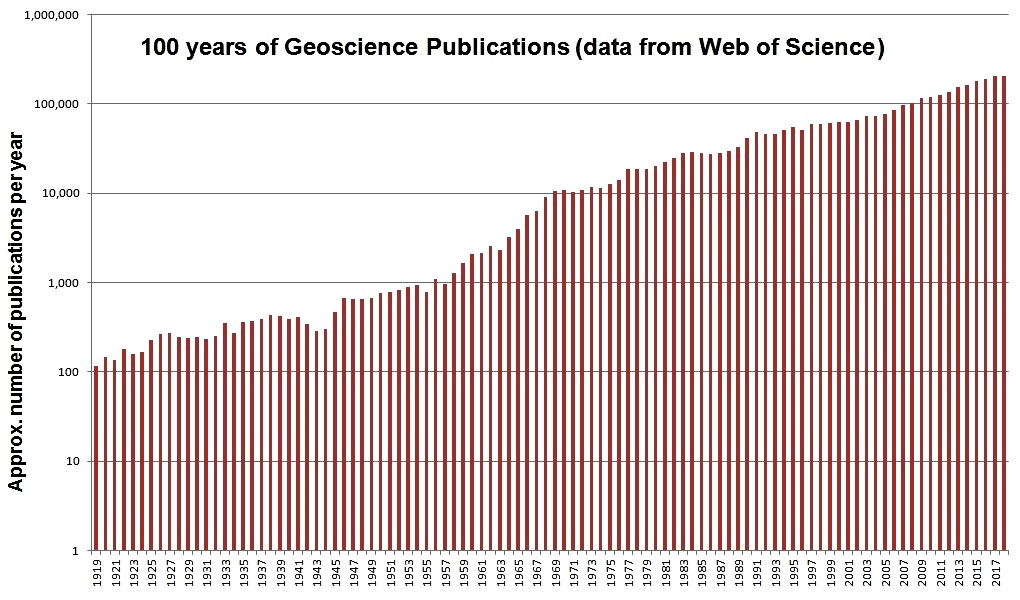 Are we already past “Peak Geoscience”? That’s the fascinating question posed by long-standing Neftex/Halliburton colleagues at EGU next week in the plenum session: “Peak Geoscience? Uncertainty, unknowns and the future of geoscience”, Monday 8th April.

Perhaps geoscience will become less critical to economic growth as we progressively de-carbonise the economy over the coming years? Right now, however, there’s no obvious tail-off in the rate of new geoscience research publications appearing each year. The graph above shows the number of publications per year, from the Web of Science repository. Note the log scale on the y-axis, and that the data are not cumulative! We’ve seen a thousand-fold increase in the last 100 years!

If you already find it difficult to keep up to date with the latest research, how’s it going to be in a few years time? It looks more than likely that we’re all going to need some help – presumably from some heavy-duty AI-based software? We’re looking forward to addressing these issues and more in our contribution to the above session: “Can we derive new value from 200 years of published geoscience?”