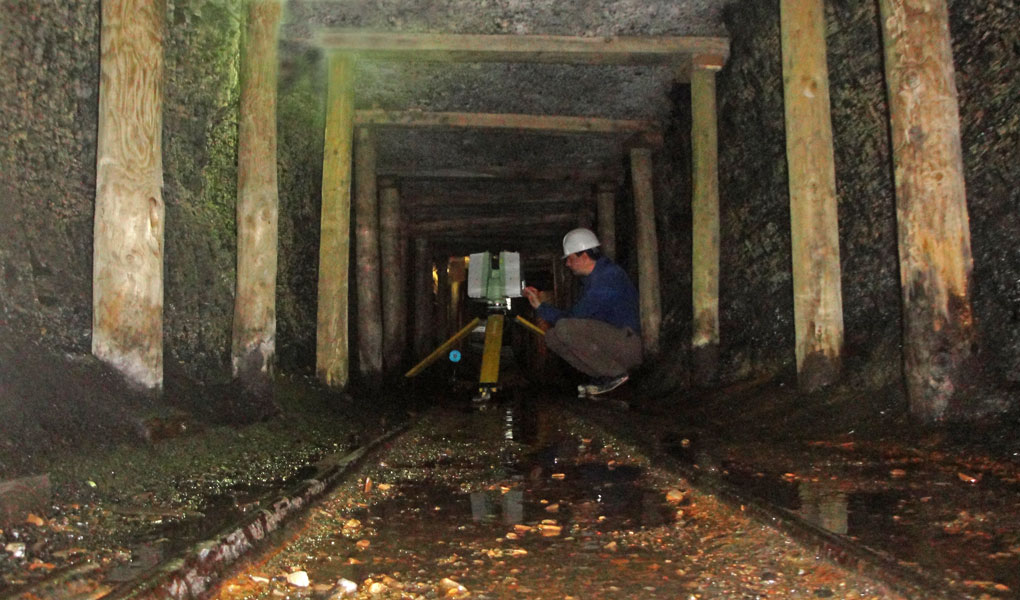 Lessons learned this month: Gathering detailed outcrop data in confined underground settings can be rather challenging (but very useful)!

Given the vast geothermal potential in abandoned coal mines to provide a carbon-neutral way to generate domestic and commercial heating, we’ve been keen to take a closer look at outcrop properties of coal for some time. However, there are a couple of particular challenges. Natural outcrops of coal tend to be poorly preserved, and have typically been ‘worked out’ many decades ago by the local population for fuel. The best outcrops are in opencast mines, but these are now rare, are not often easy or safe to access while the mine is operational, and are rapidly infilled and landscaped as soon as mining comes to end. Over the years we have used terrestrial laser scanning to capture data from the edge of opencast quarries, though this is also difficult because the dark black colour of coal greatly reduces the effective range of the lidar beam. So the best approach is to get nice and close to the outcrop face, wherever this is possible.

Thanks to the wonderful people at Beamish Museum, we’ve hit on a nice solution! We’ve previously used lidar to record an abandoned 1950’s farmhouse before it was moved brick-by-brick from Weardale to into new home at Beamish. One of the most popular attractions at Beamish is the 1900s colliery – complete with drift mine! Fantastic! 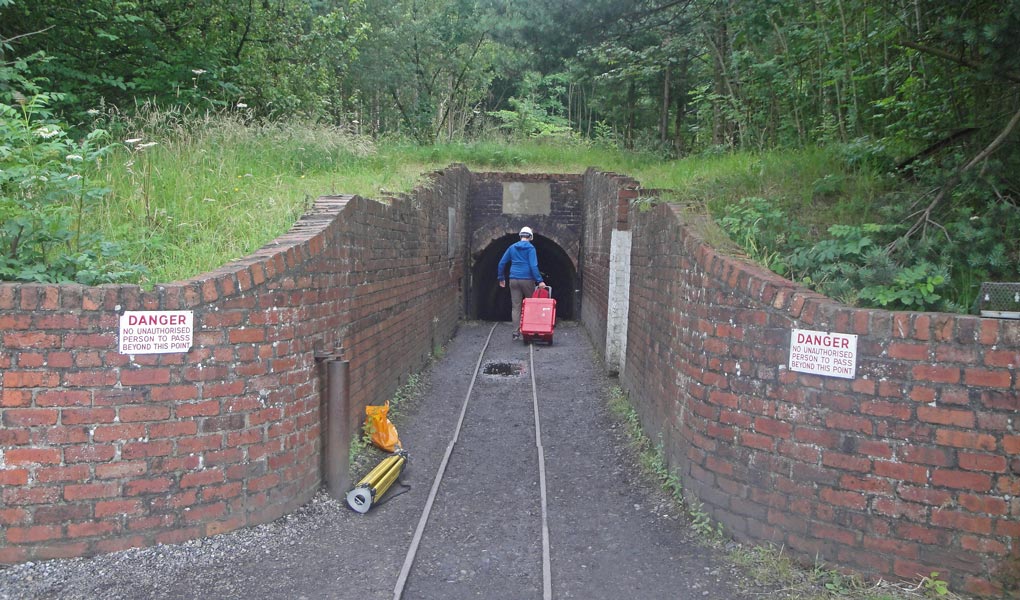 Into the blackness – the adit mine at Beamish