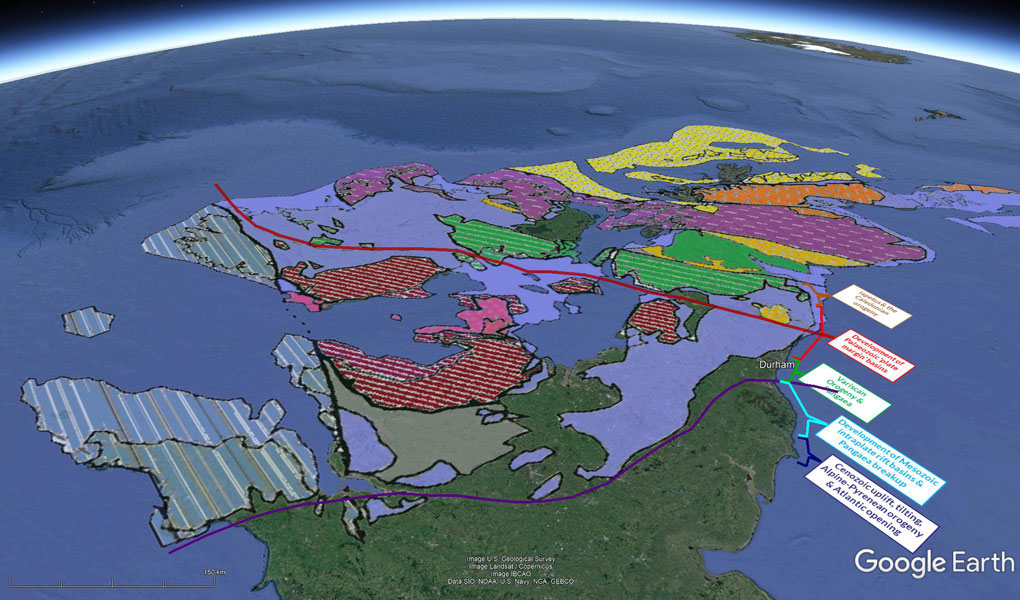 As we look ahead to the important role that geoscience continues to play in the global energy transition, it’s been fantastic to put together a virtual fieldtrip that also emphasises the influence of geology on the rapid industrialisation that started in the UK in the 18th century.

The five-day fieldtrip, developed with Durham University colleagues Bob Holdsworth, Stuart Jones and Ken McCaffrey, is for second year undergraduates, and replaces the ‘real’ trip that the students normally enjoy at Easter, which once again this year has had to be cancelled because of the ongoing Covid crisis. Our itinerary kicks-off at Siccar Point, then takes in the Caledonide geology of the Southern Uplands, the all-important Carboniferous Coal Measures and North Pennines Ore Field, the onshore equivalents of Zechstein and Mesozoic basins seen offshore in the North Sea, and finishes with Cenozoic uplift and tilting variously attributed to Alpine tectonism and Atlantic opening.