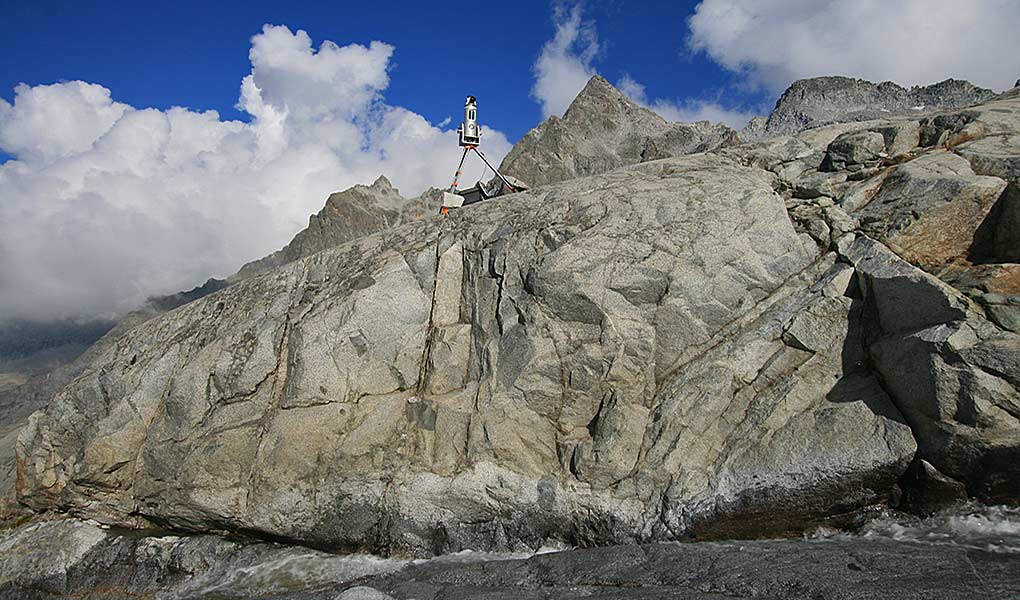 One year on from the fateful referendum on Britain’s EU membership, exit negotiations are soon due to start in earnest. Despite all the hullaballoo and headlines however, the reality for us in GRL is that we’re closer than ever to our research colleagues across Europe (and beyond); of the 56 research institutes with whom we’ve recently collaborated on specific research outputs, there’s many more from Europe than from the UK and the rest of the world combined. In addition, we’re industrial partners on a number of EU research programmes, including ‘USEMS’, (2008-2013), and the ‘SUBITOP’ and ‘CREEP’ ITN projects, which are still currently active. One of the highlights for us during the USEMS project was multi-disciplinary fieldwork in 2008 at Adamello in the Italian Alps (see main image above), which included acquisition of both lidar and photogrammetry data, and led to one of the first publications to highlight the potential benefits in enhanced scale and resolution in combining these geospatial methods. That fieldwork was the basis for many more research outputs, but was just one part of a much larger project remit that gave rise to major improvements in understanding of earthquake processes. The SUBITOP and CREEP projects are shaping-up to be of similar importance. So whatever direction the political rhetoric takes in coming months, we’re looking forward to increasing our research contribution and collaboration with colleagues across Europe.