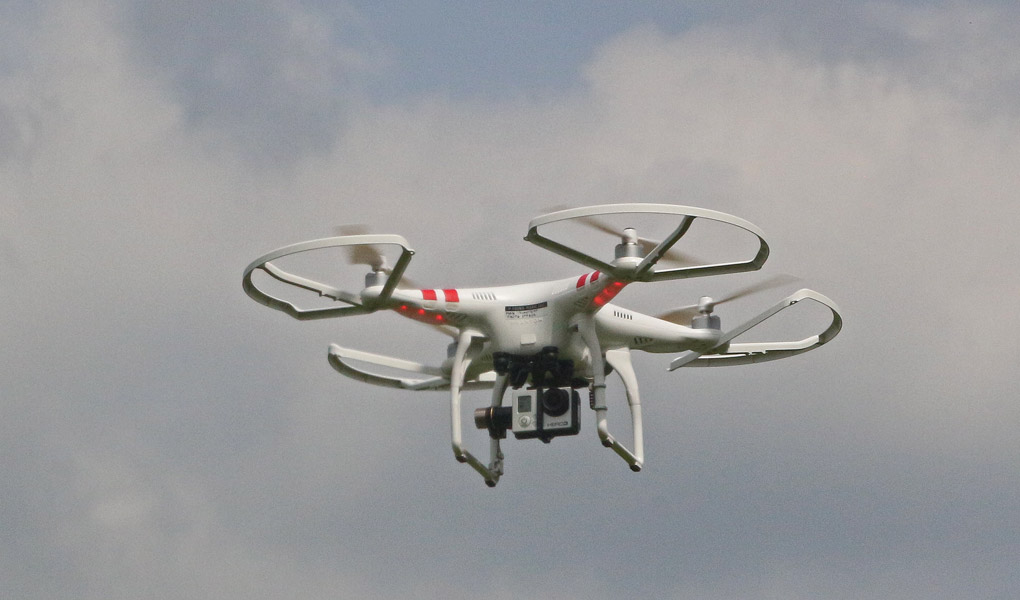 Unmanned Aerial Vehicles – UAVs – Drones … revolutionary sci-fi technology, latest toys for geeky boys, or general harbinger of impending doom? Depending on your point of view, and which media story you happen to see, drones are variously the latest innovation promising huge, unstoppable commercial benefits, or the evil tool of choice for prison smuggling, invasion of privacy, terrorism, and state-sponsored remote warfare.

Amid all the hype, two things seem clear: firstly, that drones are now mainstream, with the number of users continuing to rise rapidly; secondly, there’s increased concern that inappropriate drone usage will sooner or later cause a major incident, a view that scientific publications, aviation organisations, and this week’s near-miss reports in the media do little to dispel.

For those of us in the business of using UAVs responsibly to acquire aerial data for legitimate scientific research and commercial projects, the fallout from a major incident and the likelihood of a media-fuelled, knee-jerk reaction are worrying. Fortunately, within the commercial sphere in the UK, the Civil Aviation Authority (CAA) has been at the forefront of pre-emptive regulation for several years. The CAA requirements for operating in UK airspace are clear and definitive, and it is mandatory for all UAV operators to pass a CAA-approved pilot training course and to be officially registered, prior to any commercial activity:

“Small unmanned aircraft means any unmanned aircraft, other than a balloon or a kite, having a mass of not more than 20kg without its fuel but including any articles or equipment installed in or attached to the aircraft at the commencement of its flight.”

“The person in charge of a small unmanned aircraft must not fly the aircraft for the purposes of commercial operations except in accordance with a permission granted by the CAA.”

“For the purposes of the Air Navigation Order 2016, “commercial operation” means any operation of an aircraft … which is performed under a contract between an operator and a customer … in return for remuneration or other valuable consideration.”

So, if you are planning to commission anyone to use a UAV to acquire any aerial data for any purpose in the UK, the message is clear – make sure that you use a pilot from a company or organisation that has a current CAA certificate of permission (GRL’s CAA permission reference is 4430). 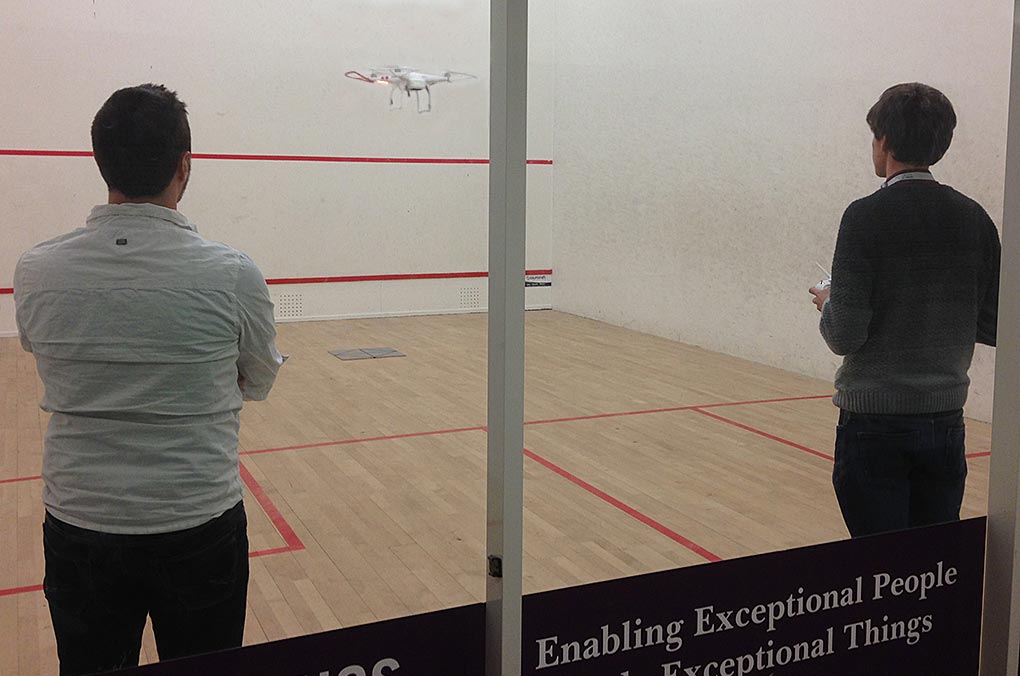 UAV training in a safe, isolated environment (squash courts at the University)

Posted in News
← May NewsJuly News →